8 Ways Bitcoin is a Profit Booster For Entrepreneurs

And I fully believe that EVERY entrepreneur needs to take Bitcoin very seriously.

As I eluded to in my Entrepreneur Magazine article on “5 ways to participate in the Bitcoin revolution“, Bitcoin is either going to be a source of prosperity for your business or you'll be left in the dust.

A Quick Primer on Bitcoin:

“I do think Bitcoin is the first [encrypted money] that has the potential to do something like change the world.” – Peter Thiel, Co-Founder of PayPal

Bitcoin is a digital currency that enables financial transactions to occur without the need for a middleman such as a bank or credit card.

It is not regulated by any nation or government. Rather, it's protocol, future supply, and operating structure was determined in 2009…

Bitcoin is a force to be reckoned with, especially if you are an entrepreneur. Here are eight reasons why every entrepreneur should care about Bitcoin:

In a patent application by JPMorgan Chase, Chase identified that “…to date, there is no efficient way for consumers to make payments to other consumers using the Internet. All traditional forms of person-to-person exchange include the physical exchange of cash or checks rather than a real-time digital exchange of value. In addition, the high cost of retail wire transfers (i.e., Western Union) is cost prohibitive to a significant portion of society…”

Bitcoin is poised to be a game-changer in how things are purchased and paid for online. In a report by Bank of America, David Woo, the head of global rates and currencies research, said that bitcoin could become ‘a major means of payment for e-commerce.

For example, decentralized marketplaces like OpenBazaar are posing a huge threat to online markets like Ebay and Amazon. After launching in April of 2016, OpenBazaar has been growing rapidly thanks to its “no fee” model that uses Bitcoin as the primary medium of exchange.

As an entrepreneur, you cannot ignore the rise of bitcoin as it appears to be poised to change how we do business online.

Customers who own bitcoin need a place to spend their currency. Although there are still many businesses that have yet to jump on the bitcoin bandwagon, bitcoin is starting to gain acceptance among some retailers. In 2015, at least 100,000 businesses welcomed bitcoin through bitcoin payment processors such as CoinDesk and BitPay. These businesses include giant organizations like Microsoft, Dell, Amazon, Tesla and Virgin Galactic.

According to Daneshgar, one of the founders of BloomNation, the first floral website to accept bitcoin as payment, bitcoin users are particularly supportive of businesses that use the currency.

“Virgin Galactic is a bold entrepreneurial technology. It’s driving a revolution. And bitcoin is doing just the same when it comes to inventing a new currency.” Sir Richard Branson.

Bitcoin is extremely useful as a method of international payment because it is not tied to any government or regulation and is cheap and easy to use. Unlike Western Union or a credit card payment that may take several days to process, bitcoin payment only takes about ten minutes. And when it comes to business, time is money.

With Bitcoin, we're able to send unlimited amounts of money around the world without government red tape or the bottleneck of banks and wire fees.

As an entrepreneur, you are constantly seeking ways to make the buying process easier and simpler for your customers, too. Using bitcoin is like sending cash electronically online and payment can be completed using mobile apps,

Using bitcoin is like sending cash electronically online and payment can be completed using mobile apps, iPads and computers.

On top of this, the bitcoin payment experience is a lot more straightforward than current online payment processes. When paying using bitcoin, customers don’t have to provide personal details such as their address, phone number, and email to have a payment processed. Bitcoin payments only require your bitcoin address and your personal details remain anonymous. This simplifies the payment process for customers considerably and makes the entire online purchase experience more pleasant and secure.

Bitcoin payments only require your bitcoin address and your personal details remain anonymous. This simplifies the payment process for customers considerably and makes the entire online purchase experience more pleasant and secure.

Business owners hate when customers ask for refunds or dispute charges after a transaction has gone through. Not only do such things take valuable administrative time, but too many of these transactions can impact your bottom line. Unlike credit card transactions, bitcoin payments are irreversible. This places the responsibility of getting the transaction right the first time on customers.

Unlike credit card transactions, bitcoin payments are irreversible. This places the responsibility of getting the transaction right the first time on customers. After all, chargebacks drain vast amount of resources from companies.

Companies can still choose to offer refunds, but irreversible transactions protect a company from fraud.

Bitcoin is a fantastic alternative to hefty Western Union, credit card, and PayPal fees. Credit card processing fees typically vary between 2% to 4% of the amount being transferred, Western Union charges approximately 1% to 9%, and PayPal charges approximately 3.9%. Bank wire transfers normally cost a minimum of $15 to send and another $15 to receive. 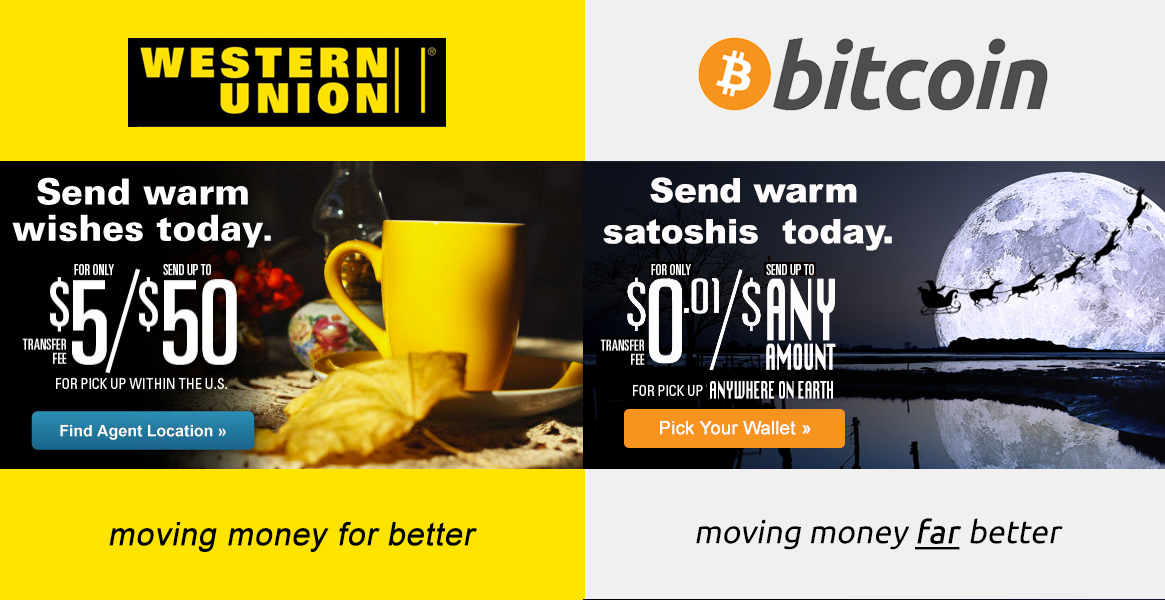 On the other hand, Bitcoin only costs a few cents to send unlimited amounts of money. This cost goes to miners that support the Bitcoin network by verifying transactions for the blockchain.

Also, you must factor in the currency exchange rate for international payments, but this doesn’t apply to bitcoin currency. Bitcoin users also don’t pay any processing fees. If users wish to convert their bitcoin to US dollars, the fee is approximately 1%, depending on the exchange.

As an entrepreneur, you may also be interested in leveraging hidden human resources. Bitcoin allows businesses to reach workforces that wouldn’t normally be accessible.

For example, in countries where cultures are particularly conservative such as Afghanistan or Saudi Arabia, the idea of women working outside the home is generally frowned upon. Even if women are allowed to work outside the home, they are traditionally limited to working in proximate geographical locations.

Bitcoin enables these women to join the workforce as they can be paid in bitcoin at home. Although Western Union and bank transfers can be found in such countries, the hefty fees often make it pointless for these women to be paid using those methods. This is especially so if their earnings are meager. Bitcoin overcomes these issues because payments can be made direct to the women’s bitcoin wallets without any processing fees.

As an example of where this is already being done, the Digital Citizen Fund is using bitcoin to pay over 2,000 Afghan women for software development, video production and other digital skills.

In Myanmar, entrepreneurs and workers are able to connect with a global economy. This was impossible for nearly 50 years thanks to a repressive government that closed off the outside world. But thanks to Bitcoin, Burmese people are able to compete on a global scale.

Bitcoin is particularly attractive to nations with economies where there are many government controls and high taxes. In a country like China, there is the additional risk of government confiscation of property.

Offering to do business using bitcoin will make you more attractive to potential customers in such economies.

For all these reasons, you cannot afford to ignore bitcoin if you are an entrepreneur.

As Wences Casares, a technology entrepreneur and fan of bitcoin puts it, “Right now Bitcoin feels like the Internet before the browser.”

My goal is to help you prosper from the new cryptocurrency economy. This is, by far, the biggest financial revolution in the past century, and now is the time to take advantage of the dramatic shift. My cryptocurrency mentoring program is all about helping people stay on the cutting edge of blockchain technology.