In my last controversial post about Bitcoin I answered the question, “Is Bitcoin a good investment?”. I explained why you shouldn't just blindly chase a bubble or be a cheerleader for the hottest trends.  I also mentioned some major risks and unknowns around Bitcoin. At first, I brushed off crypto-currencies as a bubble and scam, but after a lot of research, I think they're a huge threat for fiat currencies like the U.S. Dollar.

Even though I'm going to make some predictions about Bitcoin, I can promise you nobody really knows the impact Bitcoins will ultimately have on the world, and things are going to happen that will surprise everybody.  Right now I see major opportunity and threats to the Bitcoin ecosystem. The three biggest threats to Bitcoin are: governments, hackers, and other competing crypto-currencies. It's virtually impossible to predict how governments will react to crypto-currencies. We've seen both positive and negative reactions from governments recently, and nobody knows if governments will succeed in blocking or controlling Bitcoin since it's a peer-to-peer protocol like Torrents. The Bitcoin Protocol has been vetted by people way smarter than me, and the consensus is the protocol for how Bitcoins are created and transferred is relatively safe from hackers. However, online hosted wallets and Bitcoin exchanges are prey for hackers.  I think it's important for people to know the difference between the actual Bitcoin Protocol and services that exist to help people use Bitcoins.  During the recording of the video in this post, MtGox (the biggest Bitcoin exchange) was having major server issues.  What looked like tradeable price action, was nothing more than server problems.  Therefore, I'm still way more comfortable day trading stocks and e-mini futures than trusting the fickle Bitcoin trading tools that are available today. Even though there are significant risks, there is also the potential for huge opportunity.  I'm part of an Angel Investing Group that is solely focused on Bitcoin startups.  The group recently helped MasterCoin grow by more than 220X to over $100 Million in just a few months.  That's just one example of the growth we could see for many early-stage startups. A lot of people don't understand the ecosystem that's being built around the crypto protocol in addition to Bitcoin as just a currency.  People are already using it to encrypt and send documents and contracts.  For example, this could drastically reduce the escrow time and cost for buying a home.

Bitcoin will continue to see wild volatility and encounter multiple crashes of more than 30% – 50% in price.  This is true simply because of the speculative and uncertain future of Bitcoins.  Just like any over-inflated asset, dumb speculators will pile in at the top and panic on pullbacks in price.

Unless governments, hackers, or competing currencies don't kill Bitcoin, we will see much higher prices in Bitcoin.  I don't know if this is going to happen tomorrow, next week, or a year from now, but I see Bitcoin prices easily breaking their current high at $1,242. Even with the recent publicity around Bitcoin, there's still a tremendous amount of room for growth.  And if Bitcoin stays the leader of the crypto-currencies, we could see a dramatic increase in the price of 1 BTC.  An important side note is Bitcoins can be divisible down to eight decimal places (.00000001), making it affordable for anyone to participate.

In light of the huge risks, the possibilities really are endless, and I think it's a mistake to call Bitcoin a bubble just because price has gone parabolic.  Sure, you never want to over-pay for something, and you need to evaluate Bitcoin to decide if it's a good investment for you.  My advice is to stay aware of what's happening in the space, and don't invest in something if you're not willing to accept the risks. Want to send me Bitcoin?  Here's my address & QR code: 172Etxighk1XQsMVrNirCk7isfGDQpZG2a 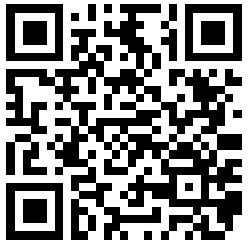