Go-getters: Why They Win In Life - Chris Dunn - Building Wealth and Living Well 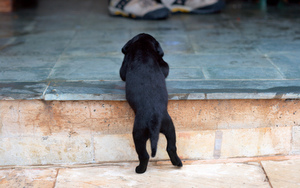 Special thanks to Nate Vickery for this guest post…

Who are the go-getters?

Quite simply, go-getters are those people that do not give up until their goal is achieved, short term, or long term, does not really matter. They see their short term goal achievements as mere stops reaching their larger, long term ones.

This process is continual and requires a lot of effort and a mind properly set to achieve the goals. Furthermore, it does not allow any reserve. So, go-getters are willing to work and prosper every day, regardless of the weather, constellation of the stars, as well as their current mood and physical state.

If everything is on the low level, that day will be reserved for small steps on the road of success; the big ones will be made as soon as everything is in perfect order. The key notion is that the go-getting process never pauses and every victory, no matter how small, is always counted and significantly influences the overall process. However, the essence of every go-getter is love of everything they do. If it were not, all of it would be impossible.

Also, it would certainly be harder without their courageous nature, solid mentorship and like minded, ambitious people that surround and support them along the way.

Go-getters are everywhere around us, more or less known and valued for their actions. Here are some of young ones, well worth mentioning for their present success and future prospects.

Nick D’aloisio, the founder of Summly, who released Trimit in 2011, an iOS application that analyzed text content and condensed it into a shorter summary, developed it into an improved version called Summly, which was acquired by Yahoo in March 2013 for $30 million. Naturally, as a true go-getter, Nick is currently working on starting a new company, far from thinking about retirement in his 20s.

Lucas Duplan is a founder and CEO of Clinkle, the next big thing said to be in the world of apps, something that is to completely replace your wallet with your phone. That something revolutionary is being developed is reinforced by the record-setting $25 million in seed funding the company.

Timothy Sykes, a penny stock expert, a day trader and a blogger, whose site is expected to bring 15 to 20 million this year. The aim of the blog is to help others make a lot of money too, by giving useful advice on how to trade penny stocks.

Caroline Walerud, CEO of Volumental, a company that has built the world’s first cloud based 3D scanner which enables everyone to make models of anything around their house easily using a browser with a depth camera. They are currently working on making those 3D models printable, with their work supported by Vinnova, a renowned Swedish innovation agency.

Chris Dunn, the founder of Daily Trading Profits which provides provide strategies and education  to people whose goal is to learn stocks, futures, and Bitcoin trading.

How do you become a go-getter?

The essential change in working ethics is to become the master of your time, not to rent it to others but to use it for your benefit and current and future prospects. There are no easy solutions, be prepared to continually educate yourself on the matter of your interest and start employing that knowledge to make money. Furthermore, you need to love what you are doing, that is the only way to achieve long lasting success.

Forget about get rich schemes, aside from being illegal, or immoral at least, they are short term benefits, you need to provide something of a value for someone else to make your incomes last.

If you embrace the right approach and are prepared to continual education and hard work, you are on a safe way of becoming a go-getter.

Nate M. Vickery is economics graduate and an entrepreneur from Sydney, Australia.

Why I Gave Away $6,000 Worth Of Bitcoin On Twitter Last Night

Will Apple Pay Ever Kill Bitcoin?
Scroll to top