Feeling stuck on a major project or a big goal you want to achieve? If so, I'd like to offer up my alternative idea of creating massive breakthroughs that's probably contrary to the accepted dogma…

Think back to the last time you faced something that brought on thoughts of fear, worry, or doubt. Now, think of how it felt when you achieved that goal or overcame that obstacle with all limbs still in tact. If you're like me, then you probably had a renewed confidence; maybe even a feeling of euphoria. For example, talk to anyone who's sky-dived for the first time, and they'll probably tell you they felt a natural high for the rest of the day. It's during those moments that my best ideas start flowing and I see new solutions to big challenges.

On the other side of the coin, I think that's why boring routines are the cancer to all things creative and productive. Like many entrepreneurs, I tend to get antsy after doing the same thing for too long. But anything worth doing can take hundreds of hours of intense focus and energy, and the only way to see it through to the end is to maintain momentum so you can overcome obstacles.

I'd like to offer up 3 steps for breaking through massive challenges (and creating damn good life experiences):

Step 1 – Find something new that scares or excites you

Take a quick minute to think about all those exciting things you've always wanted to do, but never made happen. Now, think of a few things that scare you so bad you could never see yourself following through on. Go ahead, write em' down anyways. For my wife, it was jumping in a cage with great white sharks. For you, it could be jumping out of an airplane, climbing mountains in the Himalayan Mountains, or learning public speaking at a local ToastMasters meeting. 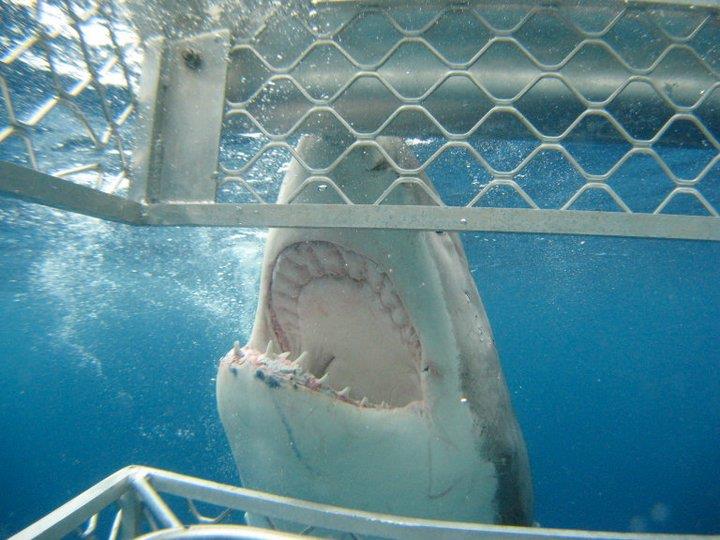 Granted, I'm nowhere close to the skill level of most other experienced bikers. In fact, I could have probably pushed the envelope a little more, but my wife wouldn't be happy if I came back with a broken collar bone. The point is I found something that was really exciting (and at times terrifying), then pushed the limits to make it happen.

Step 2 – Do “that thing” as soon as possible, in spite of your fears

A lot of people talk about cliché “bucket lists”, but rarely ever take action to check off their top items. Pick the top 3 things that scare and excite you, and make a commitment to do them right away. No waiting or making excuses. Just go out and take a risk that could be the catalyst for a major breakthrough!

“If you don't take risks, you'll have a wasted soul.”
― Drew Barrymore

This is the fun part. I can't tell you how many breakthrough ideas I've had right after doing something crazy. It's all about changes in your state; physically and mentally. You'll be amazed at the level of confidence, brilliance, and optimism once you get your endorphins pumping!

It's crucial at this point to make sure you don't let any ideas or action plans slip by your memory. After all, trying to remember important facts clouds your limited conscious space, and you want to grab these ideas and put them into action. Since I'm usually traveling around to cool places most of the time, it's really important to keep all my ideas organized and easily accessible. Evernote is the best tool I've found for keeping track of all my projects, ideas, and lists. The best thing about Evernote is that I can take notes on the fly via my Iphone, and know they'll be saved in the right area for me to review later.