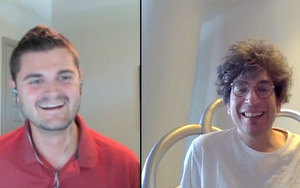 But he's made 10's of millions of dollars… several times.

And he was one of the first successful hedge fund traders in the early 2000's.  So I was beyond thrilled when he agreed to let me interview him for you!

I love James' no BS approach to life, and his willingness to share his successes, failures, and valuable life lessons.

But James has proven that it's possible to make 10's of millions of dollars, not once, not twice, but three times.  Enjoy this no-holds-barred video interview is packed with wisdom from one of the smartest and successful guys I know.

In This Episode, You'll Learn:

Links & Resources From This Episode:

Oh, and by the way… I wouldn't recommend anything I wouldn't personally buy or recommend to my own mom. In fact, my mom just bought his book the other day!

How letting go will make you rich

I’m Giving Away My Entire Book Library!
Scroll to top