My latest obsession has been scuba diving. There's nothing like playing with sharks, traversing a coral wall, or swimming with dozens of wild dolphins.

This year I decided to backpack through Central America and hit some of the best scuba diving spots in the Caribbean. After researching, we decided to spend most of our time in just two places – Utila, Honduras and Caye Caulker, Belize.

Here's a compilation video of some of my favorite moments while diving through the Caribbean:

Utila, Honduras – A Hidden Scuba Diving Gem and a World of its Own

When most people think of diving in Honduras, they think of Roatan island, which is Utila's larger neighbor. Thanks to some inside information, we decided to go to Utila instead of Roatan. My goal is to stay away from over-crowded resorts, and get the full experience of a country.

There are virtually no cars on the entire island of Utila. Instead, everyone walks or rides around on 4-wheelers. There are also no major resorts like you'll find on Roatan. It's basically little boutique hotels, dive shops, and a few restaurants. 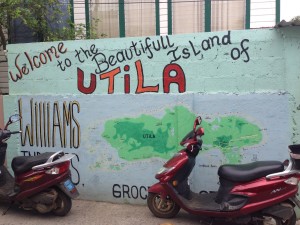 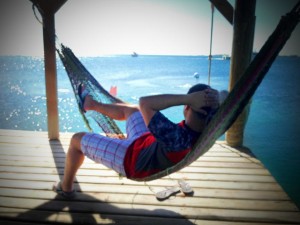 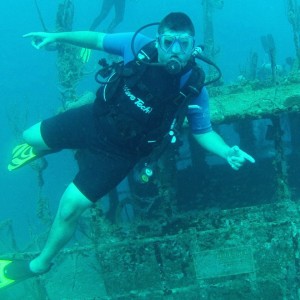 Caye Caulker is very similar to Utila with no cars, and basically nothing but scuba diving. There's always a sense of excitement on Caye Caulker because it's one of the closest islands to the famous “Blue Hole”.

During my short time in Caye Caulker, I packed in as much diving as possible. The best trip was a 3 tank dive out to the Blue Hole and surrounding islands. Other than when I went cage diving with Great White Sharks in Australia, this was the closest I've gotten to reef and bull sharks. 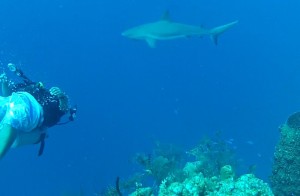 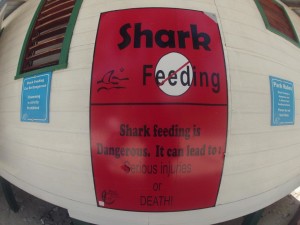 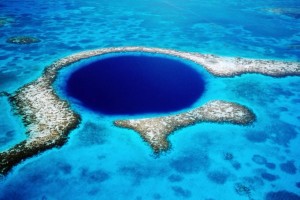 It always makes me happy when I see people looking out for Mans' Best Friend, especially in developing countries. Just a few months earlier we helped rescue 30 dogs from Puerto Rico, and I wanted to contribute to anyone who was making an effort to save lives in Belize.

Kenny is a humble bicylce repair man who's decided to take in the stray cats and dogs on Caye Caulker. Even with limited resources, he does an incredible job at housing over 30 cats and 6+ dogs.

Hopefully this video will inspire people to step up and improve the quality of just one animal's life. 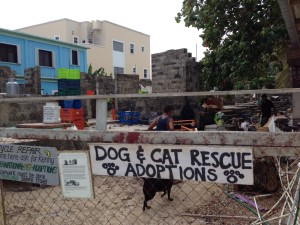 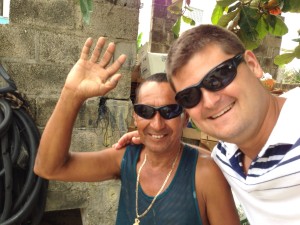 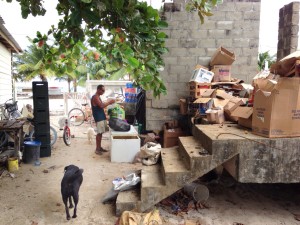 Life's too short to be boring.  In my last post about packing right so you can travel like a pro, I mentioned how little American's actually travel.  This backpacking and scuba diving trip to Central America was case-and-point.  I met many people who were on extended vacations (8 or more weeks), but not a single one was American.

According to this graph, you'll notice that Americans have an average of close to zero paid vacations days per year.  Even China gets about 10 days!

The reason why I love day trading, real estate investing, and teaching traders is because I can work from anywhere with a high-speed internet connection.  And with today's technology, there's no reason to be stuck inside a cubicle for the rest of your life.

Achieving the “Perpetual Vacation Lifestyle” isn't for everyone, but if you want to get the most out of life, then this might be a worthy goal.  I only spend about 6 – 9 months a year “on the road” because that's what works for me.

I'm no “self-help guru”.  All I can do is show you what's allowed me to become financially free, and do whatever I want.  Here's some simple steps to get you started:

Take the reigns, make a change so you can become adventurous and live an exciting life.  After all, time is going to keep passing – it's up to you to decide how you want to spend it.

10 Tips for Packing Smart so You Can Travel the World Like a Pro Why A Meat Devouring Southern Guy Went Vegetarian Cold Turkey (And How You Can...
Scroll to top